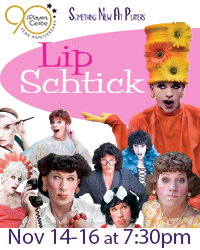 Lip Schtick is certainly mostly comedy, inclucing lip-synch AND live vocals which blur the boundaries of reality as Scarbie changes character. Some audience members cannot distinguish which songs are actually sung live or are lip-synched due to Scarbie's flawless technique and deliver.

LipSchtick is a one man tour-de-force suitable for all ages, lifestyles, genders and abilities.

Buy To This Event Directions